My rant against false predictions that people carelessly make,
which cast doubt on those truly led by God!

The article, "Swine Flu Prediction" predicted when the flu vaccine would be ready and also when the second wave of Swine Flu would strike. (The first wave was also predicted, and when.)

I know that most people never took this prediction seriously because I also said that the flu would not be disastrous, but rather that God would show grace. And thus this prediction about the flu was not sensational. I implied that it would only be bad enough to serve as a warning concerning a still future plague.

Based upon that bible prophecy code and the signs that God showed me back then, I was able to accurately predict when the two separate waves of flu would occur. The predictions were made years ahead of time. The predictions tested me on a personal level because there had not been an epidemic in 40 years! Things came into increasing focus as the time grew closer. The prediction first began with the SARS outbreak seven years ago. This outbreak began very near to where I lived and in the hospital where my children were born.

Things came to pass just like all the other predictions, such as the timing of Saddam Hussein's death, or of the dozens of hurricanes between 2004-2011 and when they each would happen! Things played out exactly to the day as predicted. Some of these storms were even named ahead of time. Conservatively, the odds of predicting accurately when some named storm would die out would be a number with about 2000 zeros after it! For the 2011 hurricane season, I recorded these predictions on an independent website so no one could accuse me of tampering with the dates after the fact. The odds of predicting when 20 named storms would occur in the 2011 season alone  -- without a single failure -- would be about one in a billion-billon. See, "2011 Hurricane Season". (Also see, "20 proofs of a genuine bible code".)

I did not have to go back and give excuses for why a prediction did not happen, as many others do on the internet. 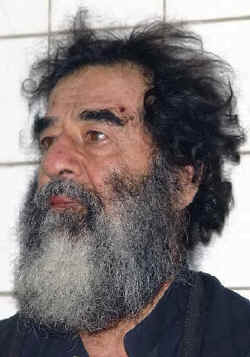 How can they be led by God if their bible code predictions never happen?

One cannot say afterward, "O Well, the bible code prediction warned people, but it did not happen because people took warning and God changed His mind!" Or, "President Obama must have read the bible code on the internet and then took warning, and so did not get into the plane that day and die!"

Although it is true that God sometimes relents, yet God will still give a sign to all who are watching for the prediction to happen, so that they know that He Himself relented for mercies sake, and that He just didn't, well, forget! (Isaiah 38:22)

For example, if a code were about a plane crash with President Obama, then some related event should occur instead, such a downed plane with someone in it on the way to meet the President. This is just a quick example. But one thing or another should happen in place of the predicted event so as to warn all who have ears to hear, "See, this is what I was going to do, but I relented." Or, it could simply be delayed by a specified period. But something happens! He watches over His word to fulfill it.

A current example of this is the economic crunch now. The mene-tekel bible code (along with the sign of 9/11) predicted this event. However, I was careful to note back then that this might only be a warning, not the main event still to come in the near or distant future. As a matter of fact, God gave a specific sign back in January of 2009 that this economic recession would not be cataclysmic. And this is how things now appear to be turning out. (For that article posted on our forum back on Jan. 17th, see Christian-Forum.net.)

What am I saying all this?

While there are many out there who make false predictions about the future and thereby bring the bible codes into disrepute, they do not reflect all the facts. There are indeed genuine bible codes that make genuine predictions, but most of what we see on the internet is false.

I never set out to say all this, but I guess it was bothering me to see so many sites out there making lame predictions that never come true!

Their babbling codes make no sense, nor do they form images! Images do not combine with images to tell an increasingly complex story. They make no sense numerically either. Nor do they accurately reflect the surface text in which they are encoded. Their predictions do not come to pass. And most important of all, they do not proclaim Jesus as Lord! They do not meet all of these criterion for a true bible code. More often than not, they do not even meet one single criteria, let alone all of them at once!

It seems to me that if codes are indeed genuine, then this is a momentous revelation! A partial fulfillment of Daniel 12.

God backs up great claims with great signs. And this, too, God has repeatedly done.

For example, see the "Lion Bible Code about the record 12 naked-eye comets". The acrostic goes through each of the 12 tribes of Israel (one comet for each tribe). It was discovered and put on the internet as the 12 comets began to appear in the heavens, and this continued one after the other for 3.5 years! The prediction even included an encoded image of the first of the 12 comets to appear, along with the constellation that it passed by in the heavens! Neat! (Also see, "Why signs?")

Away with any site that does not, rather, cannot, do this!

Also, not every bible code prediction necessarily has to be in our future. Some have already been fulfilled, such as with the Names Bible Code and the Acrostic Bible Code. 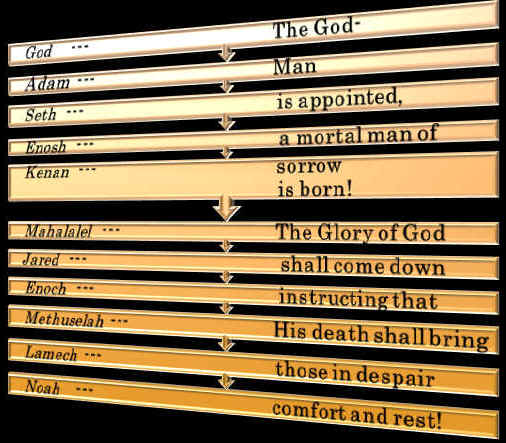 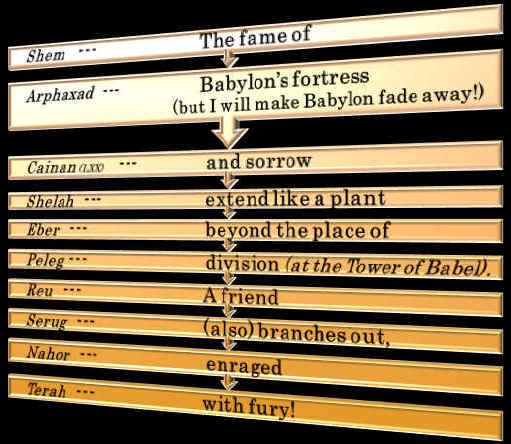 What is the purpose of bible code pictograms?

Also see the predictions and subsequent results for tornadoes of early 2008,
that is at the middle of the predicted seven-year period.

Sharing My Struggle about 2012,
and more calculations

Also, patterns from the Mayan Calendar!!!