The Burden of Prophecy!

The Purpose of Prophecy

The main purpose of anything prophetic is to buttress our faith and anchor us firmly in Christ Jesus for salvation ALONE!

Any type of prophecy that does not accomplish this objective is faulty from the start. It is for this reason that God will purposely thwart our own objectives to guess the future if He is not our objective.

God has repeatedly enabled me to predict future events down to the day when they would occur sometimes years ahead. (See "Bible Code Predictions" for examples.) However, in my earlier years I had to learn that just because I observe a numeric pattern in the bible that hints at a future date, (such as the "1260 + 1290 years to 2012"), this does not mean that it will necessarily happen. There are other possibilities too.

It is when both numeric pattern and personal prophecy come together that I have stepped out and said what I felt God was saying. And the prophetic element had to be exceptional for me to publicly act on it. One needs at least two witnesses concerning a prophecy to act on it. Personally, I do not publicly proclaim anything without at least three witnesses. That is, three separate witnesses to a predicted future event. For me, this usually means the following...

2.)  A Bible code pictogram that itself has to meet extremely stringent requirements

3.)  Powerful signs or wonders that are usually visible to the whole world

4.)  And, each of the above must reveal Jesus Christ and honor Him


When I predicted the future, it was about relatively minor events --- although these minor events foreshadow still future major events. But I was not predicting the end of the world! And most of the 2012 predictions are the end-of-the-world type predictions. I would be very wary of these! The bible tells us that no one knows exactly when that will be because it is not good for us to know.

"No one knows when that day or hour will come-not the angels in heaven, not the Son, but only the Father.
Be careful! Watch out! For you don't know when the time will come," (Mark 13:32-33).

But we can learn some things.

For instance, we generally know that there will be a peace treaty signed in the last days for "One week", (Daniel 9:24-27). But how and when this will occur is unknown. However, we do have many examples in the bible, and even in recent world events, that suggest likely scenarios for how the coming "peace treaty" in Israel will play out, at least numerically. For one important modern-day example, see the "Geneva-peace-treaty-covenant-Israel".

And the great purpose of all the predictions God revealed to me was to illustrate how numeric prophecy works, and thus how it will again work in the climatic fearful future as predicted by the prophets of the bible --- whenever that will be! Because, when that day comes, believers will be crying and sighing, asking, "How long, O' Lord!" (Rev. 6:10). 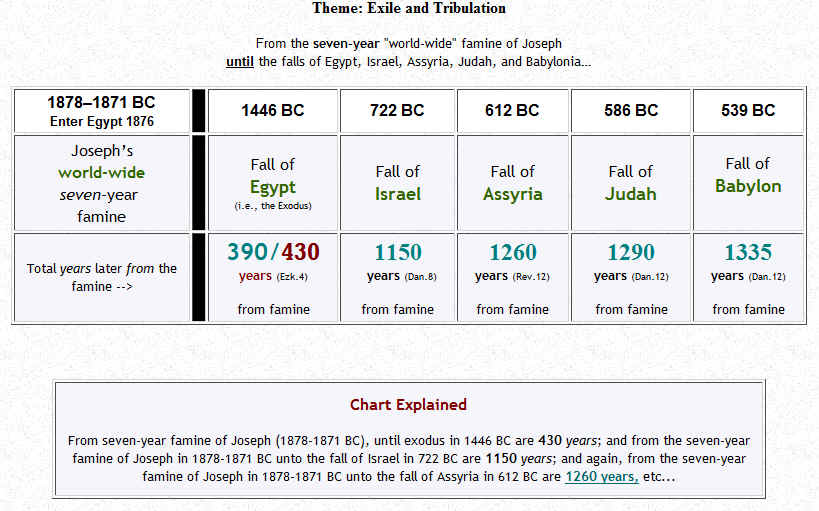 What are Bible Codes?    Why pictograms?

Sharing My Struggle about 2012,
and more calculations

Also, patterns from the Mayan Calendar!!!

Your name in bible codes?